Nor are men. Or if women are crazy, then everyone’s crazy.

How do we know?

Over the past two months we’ve been building the database for the Nanaya algorithm – the first app that can scientifically forecast your love life and help you make romantic and social decisions. A major part of the algorithm requires searching through a database of personality traits.

Well measuring “crazy” is easier said than done. “Crazy” could mean a lot of things but I’m pretty sure people aren’t playing armchair psychologist when they accuse someone of it. Instead, let’s consider common relationship complaints of what “crazy” implies from what we’ve analyzed in our database. 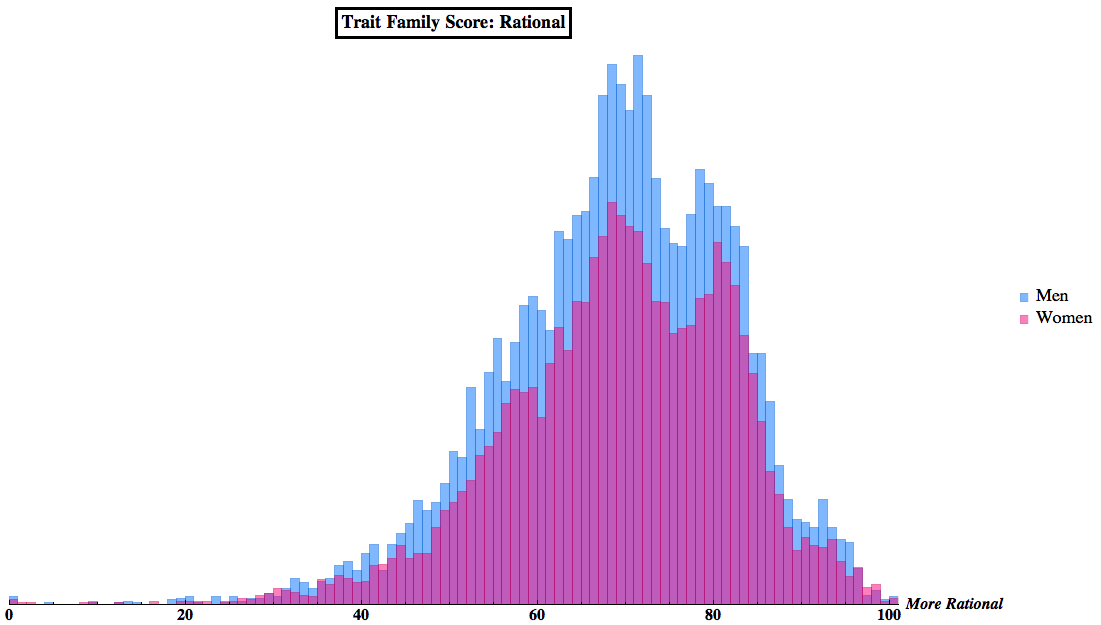 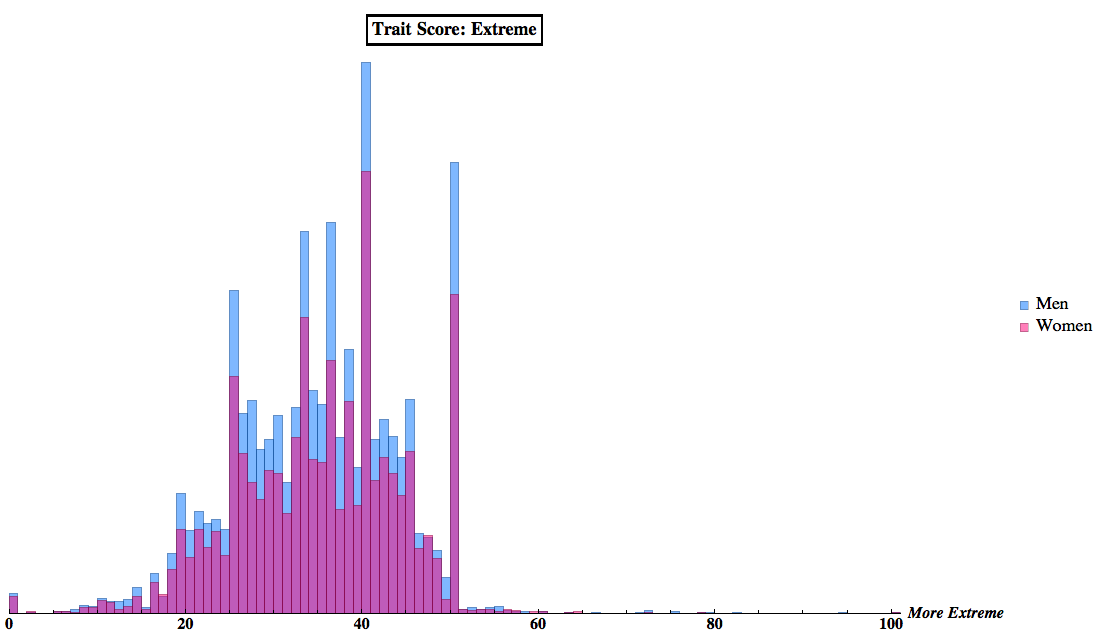 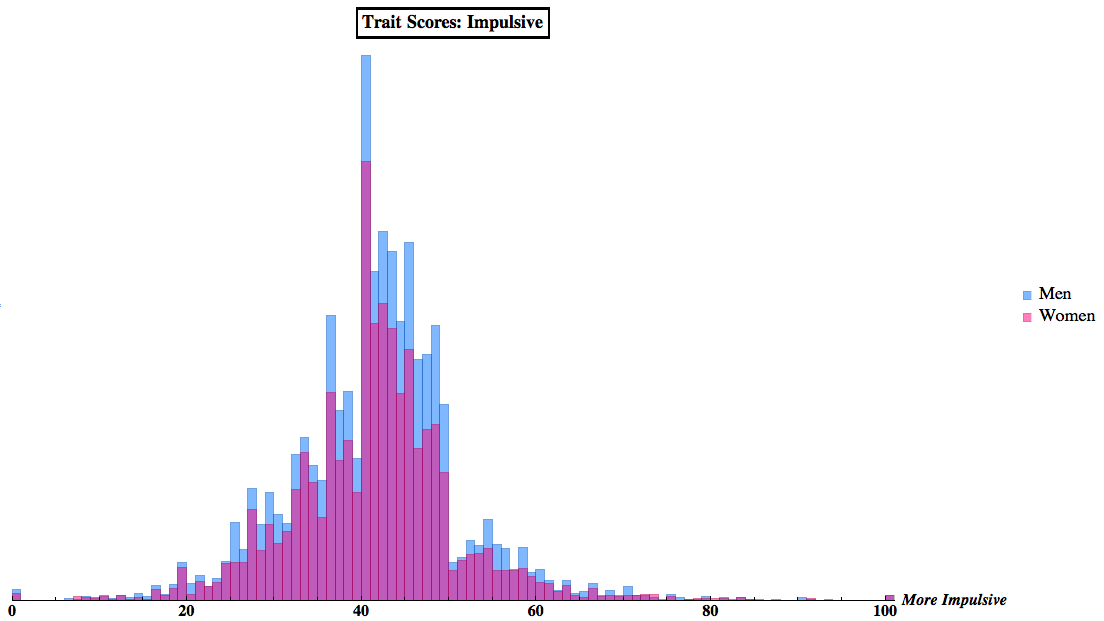 Do note there are more men than women in the database. Also, it’s worth mentioning that gender isn’t fed into the personality test even though we ask for it.

Seems that men and women are essentially identical when it comes to these traits. These distributions are very similar. We can break out the actual descriptive stats with the table below.

It bears mentioning that this data is international and about 20% of the data reflects America. If you’re interested in what a regional breakdown looks like, check out our last post on which nation is the best lover.

So there’s really no difference in gender when it comes to these traits. Surprised?

I have no idea where the notion that “women are crazy” first entered my mind when I was a boy. Playground talk involved cuties more than calling anyone crazy. I don’t remember my father expressing that when I was a boy. I can chalk it up to media or Hollywood, but even childhood memories of “I Love Lucy” seem relatively on par with mainstream dialogue on sexism. After a bit of thought, I still have no idea.

Of course, similar things can be said of men who are crazy in their own ways, chalked up as being emotionally insensitive and hormonally driven to commit acts of violence. There’s something troubling in the timeless pattern of young men always being the ones happy to march to war.

I wouldn’t blame “crazy” for failed relationships but I do blame people for using the label as an excuse to not be better listeners.

There’s nothing more “average” than not actually being average. Just as everyone is unique in their own way, what they’ll be compatible with will be just as unique. Of course that uniqueness comes with not just personality, but social context, history, and desires as well.

If you want to complain about methodologies, gender-normative color selection, or anything else, send invectives and curses to info@nanaya.co, we’ll still love you. Through the power of the internet, that very same email also works for positive feedback and questions.

Data was pulled from the Nanaya dataset as of early March at around 17,000 users.